The group of hackers calling themselves Hackers of Savior last month claimed to have successfully broken into Israel banking system, A video was posted that showed group gaining access to the central bank Zahav system, a wire system for securely transferring money between commercial banks in real terms. The Israeli National Cyber Directorate refuted the claim stating they had seen no indications of a hack into any bank network.

Who are the Hackers of Savior? 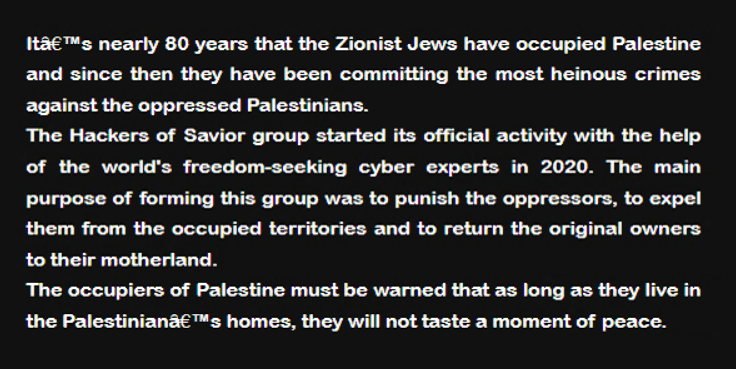 History of Hackers of Savior attacks

In May 2020 the group conducted its first attack in what they called “Their first step in targeting Israeli infrastructure” The attack on May 21 was planned to co-inside with Jerusalem Day an Israeli national holiday and involved the exploitation of a vulnerability in wordpress to deface thousands of Israeli websites.

Most of the defaced websites were hosted by uPress, one the of the most popular hosting providers.  Sites included uPress, Bang, Olufsen Israel which is a high end sound system retailer, Bet Gabreit – a cultural center and several Jewish high school programs were targeted.

As well as attempt to deface websites the group also tried to gain personal information from victim by embedding a malicious script that requested users to access their webcams, a second part of the code allowed the attackers to capture a photo of the user and send it directly to the hacker’s server. 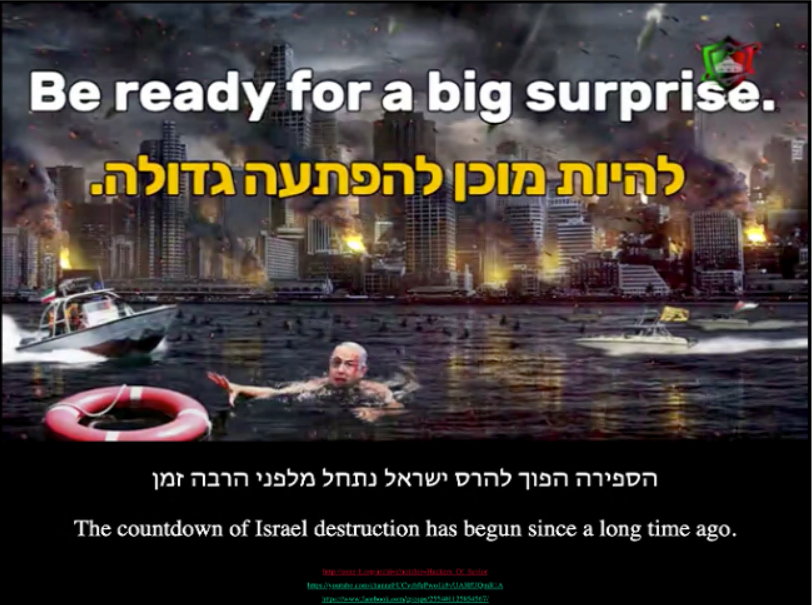 Since then the group has continued to attacked Israeli infrastructure with an attack in 2021 that saw the group conduct a DDoS attack against a number of websites rendering them inaccessible.

During the same year the group conducted a cyber attack against radio and television infrastructure replacing the planned livestreams of 100FM, 102.5FM, 91FM Radio Sol and Hidabroot with a video showing the word “hacked” and a number of Israeli logos as the sound of a a siren played followed by a recording in Arabic and a video of the Temple Mount and a rocked being fired. The groups latest attack against the Israeli central bank’s Zahav system, began when a video was released claiming to show the banks infrastructure being penetrated.  The video, uploaded to the Hackers of Savior website claims to show them having access to the central banks Zahav system, a wire system for securely transferring money between commercial banks in real time.

In the video the hackers appear to succeed in remotely connecting to the banks systems before showing what appears to be a server with a database of all the banks in Israel, including those containing information on bank accounts and credit cards, later the video shows the attackers entering three online bank accounts before stating that they had used the funds they had stolen to make a donation to a Palestinian charity It should be noted that cyber security experts who have looked at the video have stated their skepticism about the Hackers of Savior claims, the most common view is that it was faked in order to create panic.

If the links between the Hackers of Savior and Iran are true as some reports claim then this is yet another episode in the ongoing cyber war between our country and Israel. ICNA reached out to the group for comment but have yet to hear back