A hacker group by the name of Black Shadow leaked images of ID cards, drivers licenses and other personal information on a Telegram channel after carrying out what the group says a massive cyber attack. 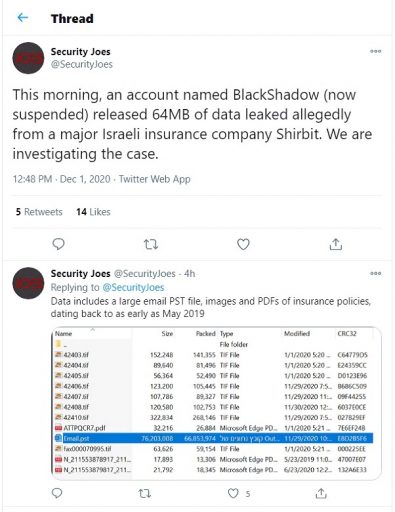 Shortly after the leak the Twitter account @SecurityJoes started reporting on the leak. The tweets said that the hacking group was releasing the data on Telegram.

On a Telegram channel by the name of Black Shadow, the group stated they had completed a successful cyber attack. The channel was created on 30 November and has already gathered hundreds of followers. 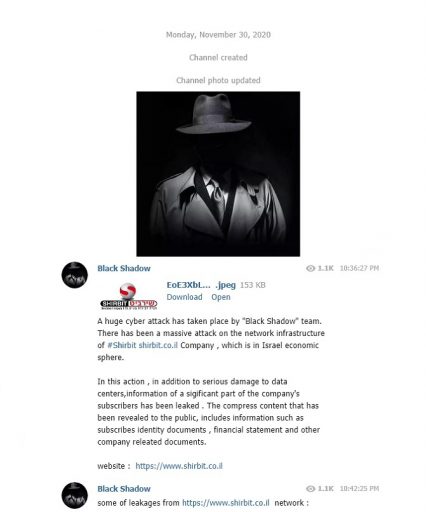 The Channel then started to release more documents of data stolen from Shirbit insurance. According to the Jerusalem post news agency, the company’s website was taken offline on Tuesday morning to stop more attacks. 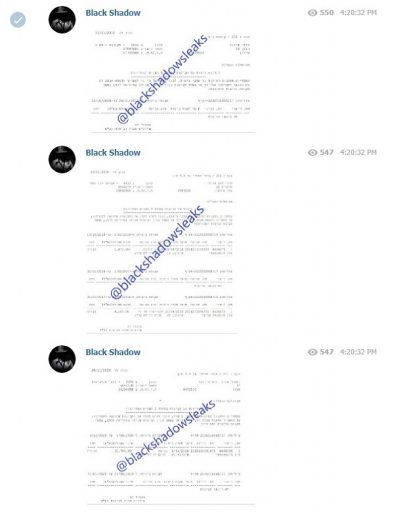 Motivation behind the attack

ICNA asked the group to answer some questions such as the motivation for the attack and why they chose this company and if they had done other hacks before this one.

We asked if this hack was revenge for the martyr Mohsen Fakhrizadeh but our speaking with the group revealed the hack to be by a criminal organization with the goal of making a profit from the stolen data. They stated that they were not hacking for political reasons so this is not part of Iraninan Hard Revenge against Zionist Regime.

BlackShadow were very vague and ambiguous with their answers to our questions which we found surprising as they requested that reporters contact them on the Telegram channel.

When questioned if they completed any hacks before they said yes but provided no proof or details. The group did tell us that they chose to target this site because they had important data of high civil servants and that more data from other company would be revealed at a later date on their Telegram channel.