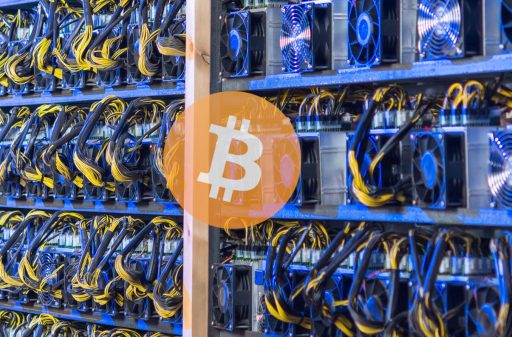 we have brought our readers news on the development of the Bitcoin industry in Iran since the Government gave Bitcoin mining the ability to legally operate within the country as of late 2020. Now the downsides of Bitcoin mining are perhaps becoming more known. Last month the Iranian government blamed Bitcoin mining for power outages that swept across the country. Much of Tehran and other large cities experiences these outages repeatedly.

Authorities have launched a new crackdown on illegal cryptocurrency mining in reaction to the blackouts. According to Tasnim News, the police have confiscated some 45,000 Bitcoin mining machines that was illegally using subsidized electricity. The power saved by shutting these illegal machines down equals the power usage of a city of approximately 500 000 people. At the worst of the blackouts, the authorities had been forced to take 1 600 legitimate bitmining companies offline briefly to ease the drain on the power grid. At one point Tavanir the state-run electricity provider was forced to shutdown a large Iranian-Chinese Bitcoin mining farm in an attempt to bring power back to the city.

There are deeper problems with the grid

Other experts say although Bitcoin mining does strain the power grid, it is being used as a scapegoat for electricity outages and dangerous air pollution when in reality Bitcoin probably only consumes about 2% of Iran’s total energy production and although 2% is not a big number it is a big extra demand from a newly started industry without previous planning for it, especially for an old electricity network that before this also struggled to supply energy to houses and businesses. Critics argue the real reason behind the power outages is decades of government mismanagement of the electrical grid that has created a gap between Iran energy supply and demand. Added to this is the pressure of the pandemic over the winter months when people are staying indoors more often and using more electricity. Authorities have reported that households have increased their heating gas usage by 8% this year.

Iran has one of the top ten highest cryptocurrency capacities in the world. The reason for this is that Iran has a vast wealth of cheap energy, mainly in the form of fossil fuels that is able to feed the large amount of electricity required for the high capacity computing machines required for mining. The cost of one KWh for example in Iran costs 4 cents and in the USA that same KWh costs 13 cents. The low cost of power makes Iran an attractive global market for miners, as a increase in cost of power reduces the amount of profit from the bitcoin in many western nations. By design, there are only a certain number of Bitcoins available. As they become rarer, they require increased computing power ultimately using more and more electricity.

Bitcoin allows for the bypass of some sanctions

Since the former president Donald Trump imposed US sanctions on Iran, cryptocurrency become very rewarding as a way to bypass these sanctions. Some have argued that the attraction is so high, that it is causing a large increase in illegal or unlicensed mining operators. This increase in illegal mining contributes to pressure on the grid. When people are trying to feed their families, they are much more willing to push the boundaries of what is legal especially when the payoff can have such large rewards.

Further trouble for the Bitcoin market?

Is the Bitcoin market at risk? Probably no. As of now, the benefits are too high to outlaw it again and it looked bad on the government if they immediately reverse a law they approved recently. For these reasons, it seems that for now a police crackdown has effectively brought back enough of the power grid to stabilized consumption. However the government needs to start upgrading the grid if they want to reduce the frequency of blackouts and damages in the future.

For previous reporting on Bitcoin mining, see our articles below: