A group by the name of Revengers, also seen as reveng3rs and reveng3rz are claiming responsibility for the hack of the Israeli company called Hemilton on Telegram back in the month of february. The group says it has gained access to 23 of the servers belonging to the company and that they can access the companys users, imports, retailing, distribution and services databases and they are all available to purchase for the fee of 1 bitcoin however they have stated they will only sell to two customers. the hack was also found on xss.is, a popular hacking forum: 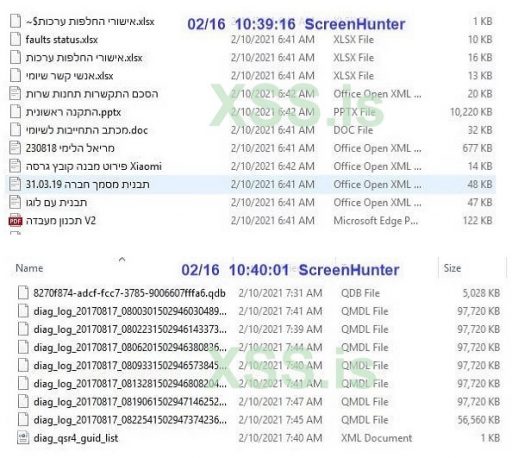 The username phant0m was the person who posted to the xss.is forum with a link to the reveng3rs Telegram channel which may link the two entities together indicating a working relationship.

the reveng3rs Telegram channel became active again on 11 May with another hack claimed to be carried out by the group. They said they had documents and databases of a multi-million dollar telecommunication company up for sale this time from a compnay in the USA but they did not give the name of the company. The contents of the leaks is said to include over 200 thousand leaked employee information details including healthcare and government documentations. the price for this leak is set to $20 000. 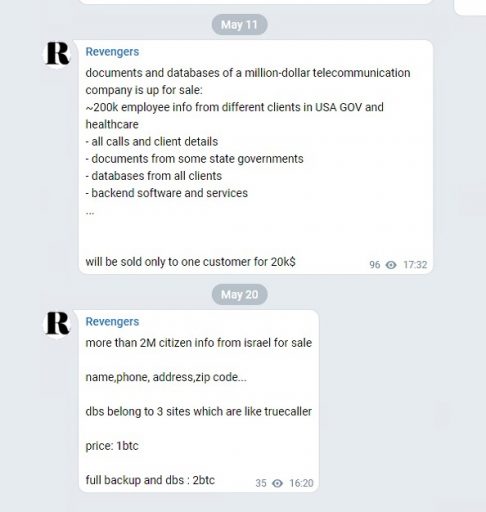 on 20 may yet again the group claimed a hack of over 2 million Israeli citizens and their information and are selling it for the price of 1 bitcoin.