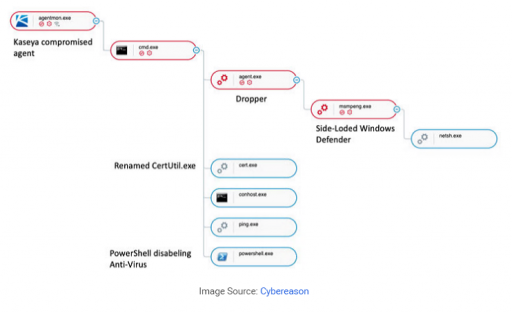 Following the incident kaseya urged customers to shut down any of their systems running the companies software until a patch was available which took 10 days before it was distributed to the affected customers. it should be noted that spammers are capitalizing on this crisis to send out fake email notification that appear to be the kaseay update but turn out to be yet more malware to infect unwitting victims

Two new #ransomware groups #Haron and #BlackMatter have appeared on hacking forums, one professing to be successor to #DarkSide and #REvil

A database linked with the Israeli spyware firm NSO has shown that 50,000 phone numbers including 14 heads of state as well as diplomats, military chiefs and senior politicians from 34 countries may have been targeted ...