With a new attack on Israeli company Eitan medical it appears n3tw0rm has been hard at work with more hacks and exfiltration of data from victims. After our first article was published, we discovered another company that fell victim to N3tw0rms attacks and shared this with our followers on Twitter: 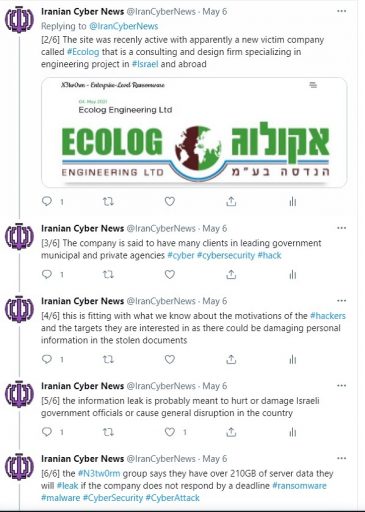 The hack was found on n3tw0rms dark net website where they posted the logos of the businesses they had successfully hacked.

The group went quiet for a while after but have now posted another attack against the Israeli medical company.

N3tw0rms dark web site states they have 1.1TB of data belonging to the company and the deadline is 24 May to pay before they leak the data. below is a list of what will leak: 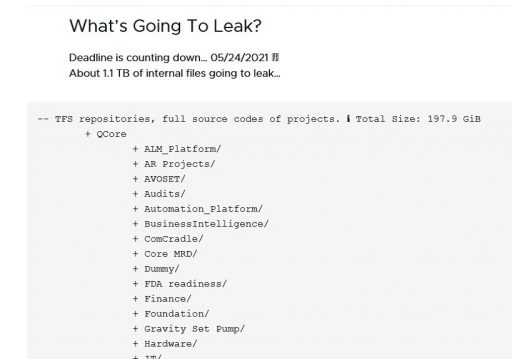 It appears that N3tw0rm has how started to leak the data and so we can only assume that eitan medical did not pay the ransom requested from the hacking group. These records will be very private in nature and could be used by malicious actors against the victims listed in the leaks.

Who is eitan medical?

Eitan medical is a medical device company with headquarters in Israel and offices in North America, France and United Kingdom. the image below was taken from their site: 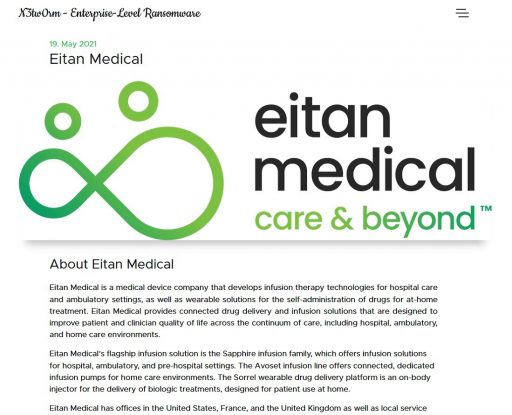