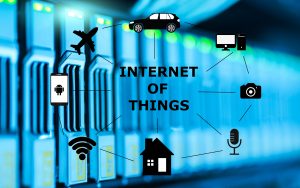 The Internet of Things (IoT) is a term that refers to a network of physical objects that are able to connect with each other and exchange data over the internet with only little human intervention. In the recent years Iran has shown increasing interest in IoT although the research for example by the ITRC (Iran Telecommunication Research Centre) which is the body responsible for IoT development, shows that it is still misunderstood.

According to Professor Ali Kamali Mohammadzadeh et. al., technological readiness gives competitiveness to the economies that are steered by innovation. Technological readiness is measured by the amount of investment of governing authorities such as national and provincial governments to be ready to support the infrastructure needed for the rise and expansion of new technologies. Most people agree that the next big technological expantion will be IoT since until now it has shown that it has potential to advance business prospects and to bring new capabilities and efficiencies that help companies stay competetive. It was noted in the financial tribune that there are several firms and operators seeking to launch IoT in the country, however they are facing piloting issues due to lack of infrastructure. Iran is considered a developing country and so it must focus on increasing its technological readiness if we hope to strengthen out economy and attract investment.

Difficulties with IoT are clear in the research. For example, the small amount of human intervention mean that humans do not understand well the way that the network of devices operates. This means there is greater risk of security vulnerability. This can for example include collecting data the human is not aware of being collected. It must be mentioned that these devices can learn about habits, preferences, and behavior of the consumers.

Furthermore it is not clear how these devices send receive or store this data. This data often flows across national borders to unknown places. It is also clear that a number of IoT devices are devloped quickly with the intention to create a profit at the expense of security of the device. According to one study conducted by the SANS institute (SysAdmin, Audit, Network and Security), only 52 percent of IoT devices complete even the most basic security tests before they are sold on the market.

This popularity of IoT devices also creates an enormous opportunity for hackers that intent to exploit the increase of vulnerabilities associated with unsecured devices. The more new devices are added to the network, the more possible attack vectors are also added.

A national Iranian approach to the Internet of Things

Even in 2017 Amir Hossein Davaie, Deputy Telecommunication minister publicly stated his support for IoT but said the establishment of IoT in the country requires clear rules and efficient infrastructure in accordance with the ministries definition. He also insisted that the government must be involved in the subject. It is important to develop laws and regulations around IoT to protect users and organizations, but we must also not give the Iranian government full freedom to secretly monitor the Iranian people with the use of loopholes. We have seen this tactic used before in a previous article. Their information must be hidden from everyone except the intended recipient, and this includes the government.

The internet of things is already becoming the next internet revolution. It could make our personal and professional life easier and more productive, but there is a cost. There is so much information that is shared and it is not well understood. Laws and regulations must keep up with the implementation of IoT technology to keep users and companies safe from cyber-attach and prevent the misuse of their data and privacy.