Skip to content
At the beginning of March Israeli government websites suffered a cyberattack claiming to be originating in Iran, an attack believed to be a DDoS attack beginning in the evening with increased traffic to numerous servers running Gov.il websites. Attack bandwidth estimated at 15 to 20 GB 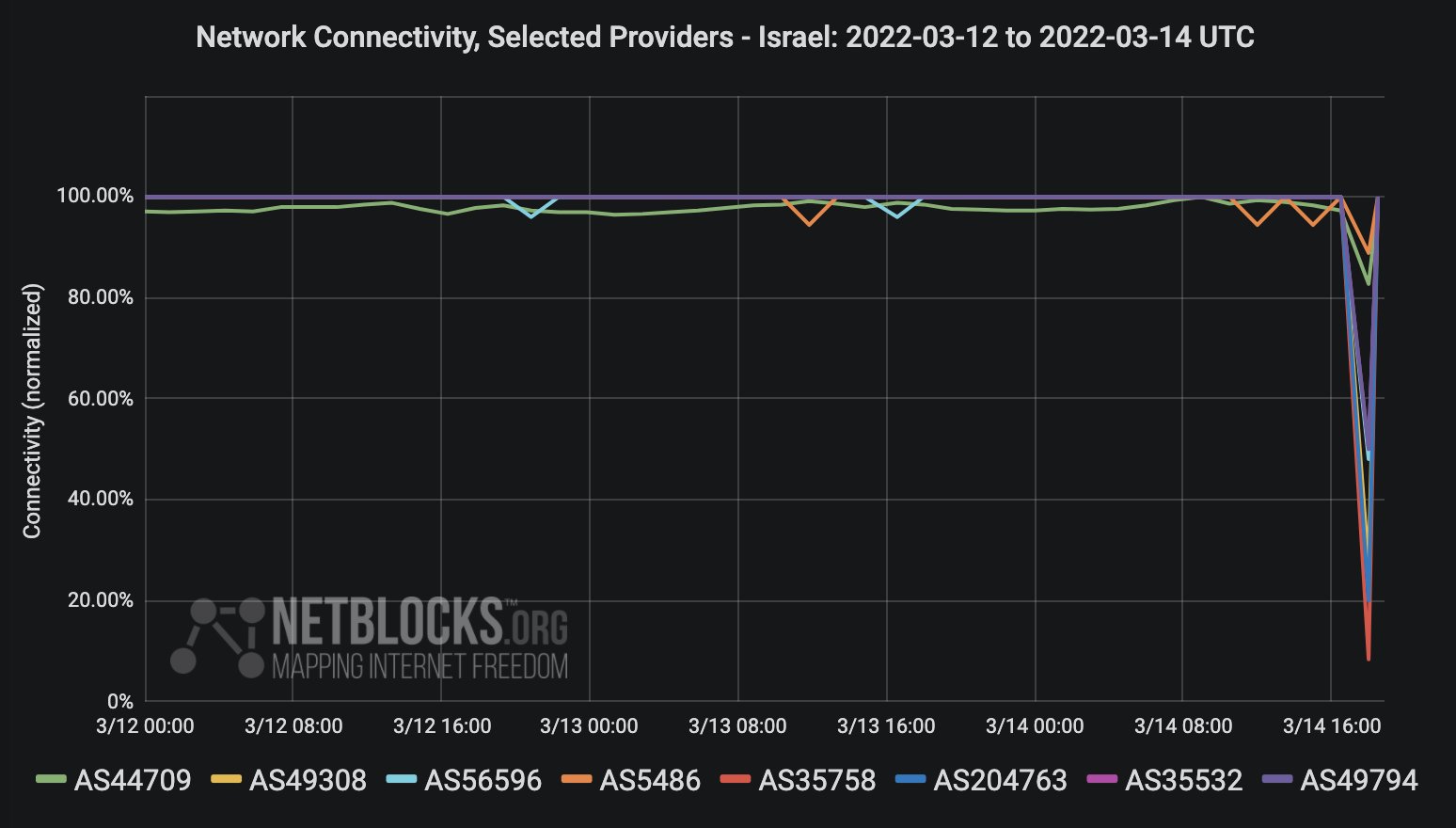 A former executive at israel’s cyber agency believed Iran launched the attack because of a growing cyberwar between the countries, “We are heading into a period of massive escalation in cyberspace”
The attack took place over several hours which prevented access to several websites, according to Rifael Franco a former deputy director of fortification it was an emergency situation and an unprecedented attack on government websites

Distribution Denial of Service or DDoS attack involves several connected online devices known as botnet that are used to overload a targeted website with fake traffic, unlike other types of cyberattacks they do not steal information or attempt to break through network security. A successful DDoS attack can impact a large number of users who struggle to access impact sites, this makes it a popular weapon of choice for hackers 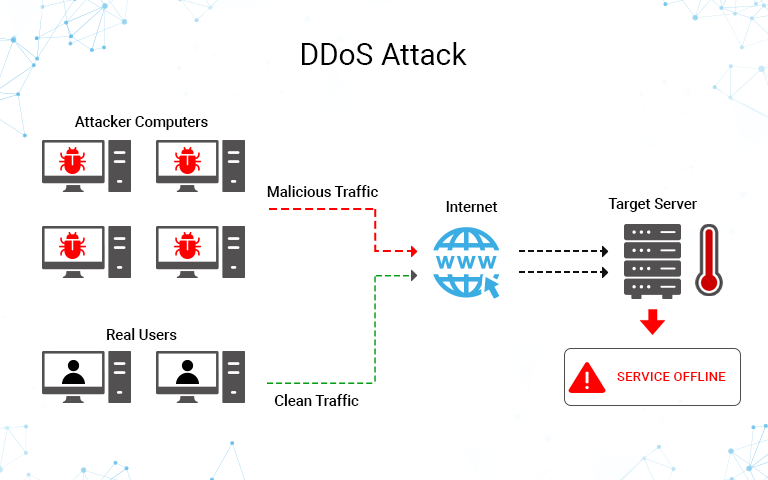 A short history of DDoS attack

The first recorded DDoS attacks occurred in 1996 when an Internet service provider called Panixi was taken offline for several days by the SYN flood, a technique using TCP packages that has become a popular method of DDoS attack. Since then denial of service attacks has become one of the most commonly used tools for hackers to attack their victims, experts predict more than 15 million DDoS attacks will take place next year alone.

DDoS attacks are measured by the amount of data a botnet can send to its victim, one gigabit per second is enough to crash most organizations websites but modern attacks could be more than one terabit per second, the largest recorded attack so far was in 2021 against Russian company Yandek, which was bombarded with 22 million requests to its site per second 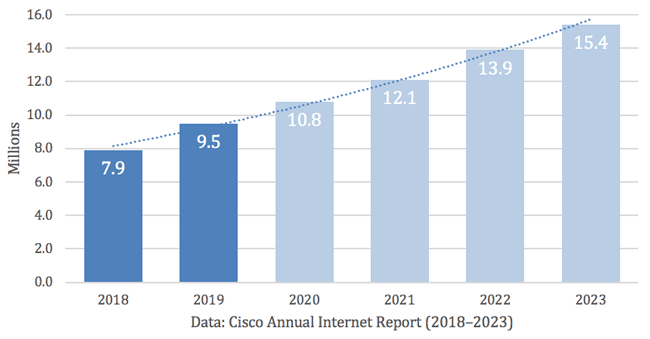 In February 2022, Amazon Web Services was hit by a 2.3Tbps attack targeted at an unknown AWS client using a technique called the Connectionless Lightweight Directory Access Protocol (CLDAP), these techniques used a vulnerability to amplify the amount of data used in the attack by 70 times

In September 2016, cybersecurity expert  Brain Krebs was attacked by a DDoS attack of more than 620 GIGABYTEs, the Krebs site had already been attacked, Krebs recorded 269 DDoS attacks since July 2012 but his attack was almost three times larger than anything the site or internet had seen before

October 2016  Dyn, a major domain name service (DNS) provider was attacked by a one terabit per second traffic flood that became the largest DDoS attack to date. the flood of traffic took down Dyns services rendering number of high profile websites such as GitHub, HBO, Twitter, Reddit, PayPal, Netflix and Airbnb inaccessible

Possible reason behind the attack 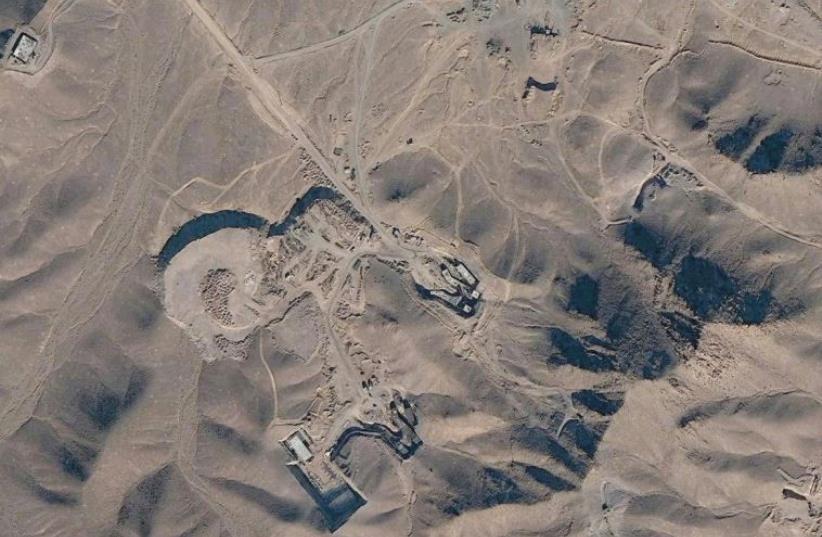 Experts believe that the reason for the crash of Israeli websites was revenge for the mossads alleged attempt to attack Fordow nuclear enrichment site. A IRGC intelligence unit has announced that a Mossad team was looking to carry out an act of sabotage at Fordow was arrested after a worker given cash and a laptop to sabotage the site.

Fardow is the second largest site for enriching uranium after the Natanz facility, it is reported that Israeli intelligence and nuclear experts believe that is was previously intended to be where Iran would carry out the final stages of uranium enrichment to the 90% weaponized level as it is harder to attack from the air due to residing under a mountain .

Fardew is the second-largest uranium enrichment site after the Natanz facility, reports state that Israeli intelligence and nuclear experts believe it was previously intended to be where Iran would carry out the final stages of enriching uranium to 90% weaponized levels as any attack from the air is harder due to being built under a mountain.