Dear readers in August the hacking group Anonymous first turned its eye on Iran, a group calling themselves The Sword of Anon released image of  Saif al-Adl a high level member of al-Qaeda alongside number other member located in Tehran, the group claim they have proof that IRGC Quds force and the Taliban had been working with al-Qaeda to help hide and support them for number of year.  The statement by Anonymous was special as it was one of first time the group has posted a video speaking Arabic. 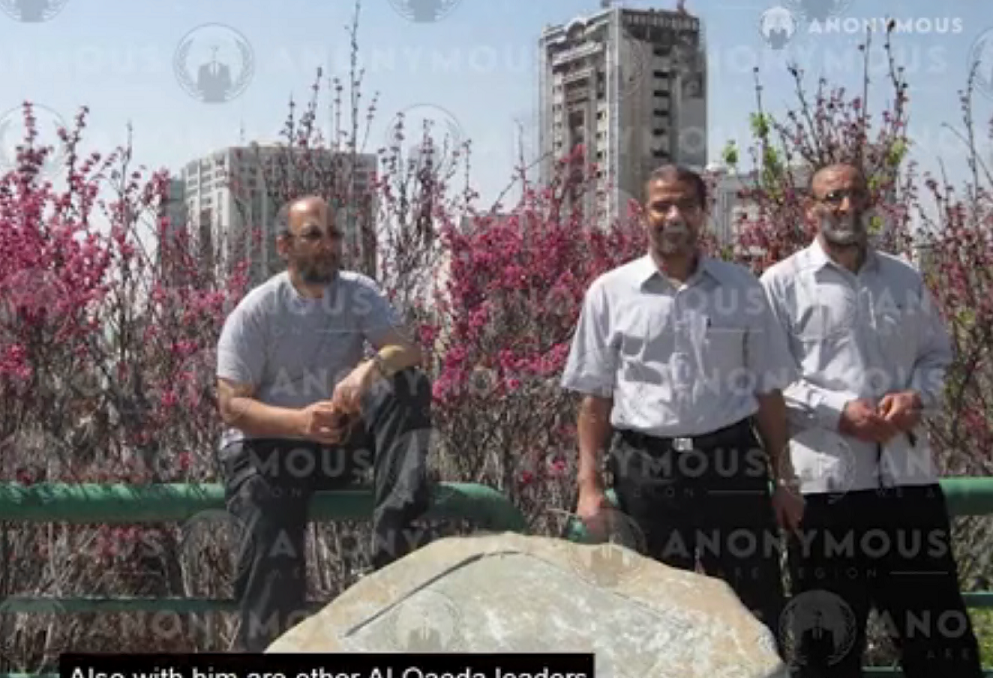 When we first report this story it was not yet known if this was a one of kind attack on Iran or the start of a Campaign, it is now clear that this first release was just a sign of what was to come

The hacking group Anonymous has been active for 20 years and would take to long to cover in just one article, so we plan to break this topic into three

In this part I will tell you the history of Anonymous from their birth on 4chan to their current campaign in Iran, in next article we take closer look at the groups activities since their first attacks on the Iranian government in August 2022

The Origins of Anonymous

The groups story began in 2003 on social website called 4chan , an English-language website that consist of wide variety of “boards” these boards are used to share information on topic like anime (Japanese animation), cooking, weapons, television, music, literature and many other topic.  The name of the group was inspired by the anonymity users of 4chan have when posting image and comments.

In the websites early days users often organized group activity called raids, these raids consisted of a large number of forum users flooding chat rooms in games and other sites causing disruption, an example of this was 2006 when the group raided a Finish social media network site called Habbo Hotel blocking regular user from accessing the site

In 2008 the group conducted their first hacktivist attack with the targeting of American cult called “the Church of Scientology” due to the cults attempts at online censorship.  The group started by first posted a video of Tom Cruise a famous member of the cult, this was followed by DDoS attacks, prank calls and sending black fax designed to waist ink cartridges.

Later on in that year thousands of Anonymous supporters staged simultaneous protest at Church of Scientology facilities around the world, many protesters wore the guy Fawkes mask made famous in the film V for Vendetta, this mask would be symbol for the group going forward After the successful attack on the Church of Scientology ended Anonymous went through a period of infighting among its members, the two rival factions consisted of those who were politically engaged called “moralfags” in the language used on 4chan and those seeking to troll for entertainment.  During this period numbers within the group started to decrease and Anons as they called themselves started to move to other online communities.

In 2011 just before the anniversary of the attacks on the World Trade Center towers NBC an American news site tweeted “Breaking News! Ground Zero has just been attacked,” it said “Flight 5736 has crashed into the site, suspected hijacking. more as the story develops.” This tweet caused panic until the Script Kiddies group claimed responsibility, it is believed that the group was made up of former members of Anonymous who disagreed with the groups new found sense of purpose and reason

Another of these splinter groups, not happy with Anonymous new direction called themselves Backtrace and vowed to expose and destroy certain members of the hacktivist collective

The infighting seemed to come to end when a company called Alplex Software was employed by India’s Bollywood film studio to attack torrents sites in an attempt to stop release of illegal movies.

In response to this attack Anonymous who believe in Internet freedom began campaign against copyright strict organizations, Motion Picture Association of America and the International Federation of the Phonographic Industry were subject to cyber attack and had their websites taken offline for 30 hours. In the following days and weeks numerous other organizations and individuals linked to the film industry were also targeted 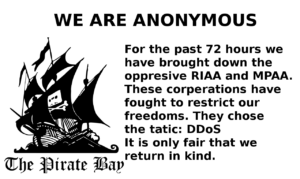 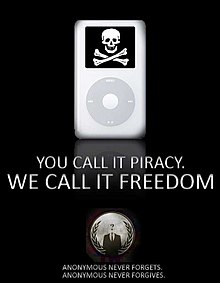 When Wikileaks began releasing leaked US government files in November 2010 Amazon.com took down its servers, PayPal, MasterCard and Visa also cut off services to the organization.  In response Anonymous expanded Operation Payback to include Operation Avenge Assange, the group released message declaring PayPal a target and followed this with concerted DDoS attack crashing the site, a number of other sites were also targeted for denying service to Wikileaks.

When violence broke out in Tunisia as part of the Arab Spring, Anonymous started a campaign in support of the protesters, in what is now the trademark of an Anonymous campaign they launched series of DDoS attacks against government websites. Additionally the hacking group provided protesters with information on how to use TOR and bypass government censorship.

One Anonymous member in the #OpTunisia channel called “slim404” would later be reveled as Slim Amamou, a Tunisian Blogger, he would go on to become the Secretary of State for Sports and Youth before resigning in protest over the new governments censorship of the web. 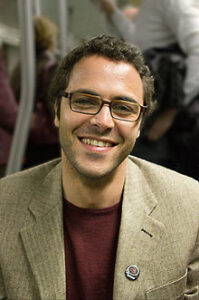 In October 2011 anons began targeting child pornography websites, in one attack 1,589 usernames from a site called Lolita City were released, in total the group claim to have taken down forty image swapping pedophile website.  In 2012 Anonymous launched #OpPedoChat on Twitter with the stated aim of eliminating child pornography from the internet.

In November 2013 four hundred city around the world witnessed demonstrations after an online call to action from Anonymous, using the hashtag #OpSafeWinter ordinary people were encouraged to take to streets to protest against corruption in politics, demilitarization, police violence and self-governance. Since this first march it has continued annually with the largest event taking place in London and Washington DC. In 2014 after the killing of an unarmed African-American the group organized cyber protest against the police setting up websites and social media, the group promised to attack the local governments servers if any harm came to protestors, Local officials reported email system being targeted, phones being disabled and the internet being crashed at the city hall.

It was during this time that Anonymous declared cyber war on the Ku Klux Klan, an American white supremacist hate group that had been active since 1865, they hacked servers, twitter accounts and released information about members of the group. 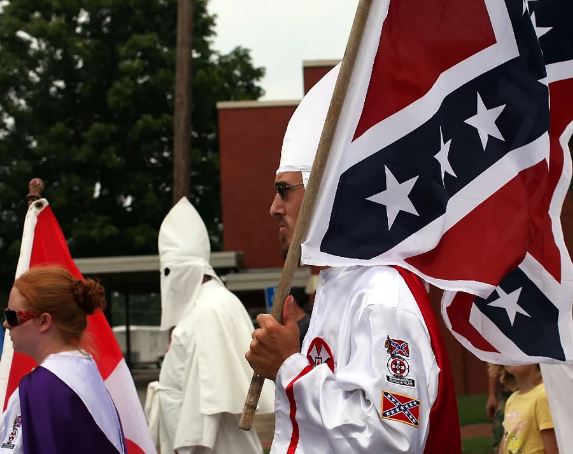 In 2015 in response to attack in France Anonymous declared in a statement posted on Twitter that ” We Anonymous around the world, have decided to declare war on you, the terrorists” This was followed by a cyber attack that took down a website belonging to one of the terrorist groups behind the Paris attack.

In November Anonymous announced a major operation against ISIS, a message was released by the group stating “Anonymous from all over the world will hunt your down. You should know that we will find you and we will not let you go”. In response ISIS replied “What they gonna do hack?” Within three days 5000 ISIS twitter accounts had been compromised and numerous ISIS recruiters were doxxed, within a week Anonymous claimed to have destroyed 20,000 pro-ISIS accounts and released a list of ISIS supporters. 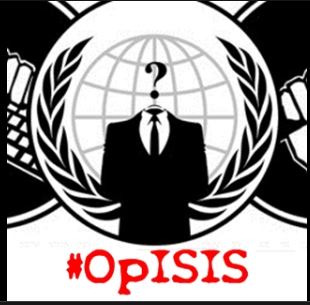 In February 2022 the group declared war on the Russian government in response to invasion of Ukraine,  Anonymous claim to have hacked over 2,500 Russian and Belarusian sites, accessing and leaking sensitive data, altering files and deleting important information.

One of the groups main focus has been countering the Russian government information war, it has hacked printers, smart TV, Steaming services, news sites and radio stations to spread what it claims are “uncensored facts or anti-propaganda and pro-Ukrainian messages”

When western countries began to pull their business our of Russia in response to the conflict a number of companies decided to continue to do business with Russia, in response Anonymous launched attack, stealing large amounts of data and leaking it on the internet. In one attack against Nestle 10GB of data including emails, password and business information was stolen and leaked.

Co founder of cyber security company Security Discovery, Jeremiah Fowler noted that: “Anonymous has made Russia’s governmental and civilian cyber defenses appear weak, the group has demystified Russia’s cyber capabilities and successfully embarrassed Russian companies, government agencies, energy companies and others” he added “Anonymous has turned the old Iron Curtain and made it appear like “a paper curtain.” Anonymous as a franchise

Anonymous  has no centralized structure, as such many groups have affiliated themselves with the collective since it first became famous

The number of these groups is large but a few examples are:

Blink Hacker Group – In 2016 this group affiliated itself with Anonymous, they went on to hack the Thailand prison websites and servers releasing the data on the internet 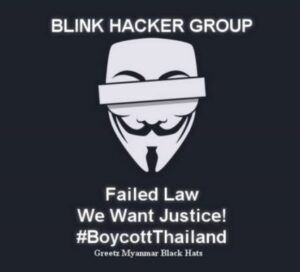 We have talked about the story of Anonymous since their birth on 4chan till their Operations against Russia, in our next article we talk about the collectives Operation in Iran, finally we will have a conversation with an Anon and talk about what it means to be Anonymous.