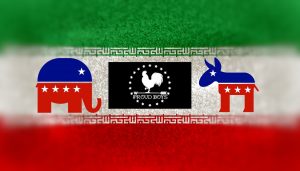 On Wednesday the currency had gained in value more than 7% Some analyst say the pandemic has encouraged people to use bitcoin as a way to protect money from the volatility in the stock market due to Coronavirus.

On November 10th a government website (e-monitor.ito.gov.ir) belonging to the Information Technology Organization of Iran (ITO) was the target of a hack.

ITO is responsible for administration and regulation of matters connected with IT sector in Iran and for taking forward projects for improving connection of people to electronic government.

The Internet of Things (IoT) is a term that refers to a network of physical objects that are able to connect with each other and exchange data over the internet with only little human intervention.

In the recent years Iran has shown increasing interest in IoT although the research for example by the ITRC (Iran Telecommunication Research Centre) which is the body responsible for IoT development, shows that it is still misunderstood.

Visit our website irancybernews. org to read the full article.