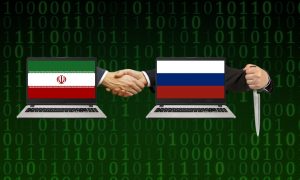 Following a major cyber attack in the last few days, Bandar Abbas Port has suffered severe disruption; the difficulties faced by this important and strategic port have generated much interest in cyber space and real world. According to a report received from a reliable source, on Friday 8 May 2020 Bandar Abbas Port was the target of a cyber attack. Because of this, the operating capacity of the port is very reduced, and the port is in difficult circumstances.

Like previous similar occasions, before long a lot of rumors started among local people, and as usual, the Iranian authorities quickly acted to silence and deny the rumors. Of course a short while later, it became pointless to continue to deny the rumors and the CEO of the Ports Management Organization (P.M.O.) and also deputy minister for Roads and Urban Construction held a press conference and admitted that in fact, opposite to what he had said before, a cyber attack against Bandar Abbas Port had happened. Although at the press conference nothing was said about the scale of the attack or the damage caused, but we have received reports from local people saying that on Saturday 9 May there were huge traffic jams in the port area which disrupted travel, and also that there were a lot of trucks stuck in these traffic jams.

By attacking the strategic port, it seems that the attacker wanted to show off their advanced cyber abilities to the Iranian side and so the attackers successfully deleted executive and administrative data. By deleting this data, the automatic container loading, unloading and distribution system became inoperable. So, this hard and time-consuming work is now being done by hand, which most likely has been very costly for the P.M.O. This risk also exists that international shipping and logistics companies will review their collaboration and relationship with Bandar Abbas Port and in the near future maybe they will want to replace Bandar Abbas Port with one of its competitors. This question has occupied the minds of many people - experts and amateurs: isn't it time for the Iran's cyber sector to wake up?